Some basic information you should know before you start your journey to Shanghai (if you are coming from abroad)!

Pudong is more residential and modern, Puxi has the older Shanghainese charm, which most people love.

The currency in China is RMB/ren min bi, aka Chinese Yuan, and the largest note would be 100RMB to prevent counterfeiting. I don’t see currency exchange places, so is still advisable to bring your cash with you. Also, most places accept only Chinese Credit Cards.

Most Chinese will make payment online by scanning the QR codes at restaurants or even at the roadside stalls. This would be Alipay or Wechat Pay. If you’d like to give that a go, I will be coming up with a guide to help you with that soon. 🙂

If you have a connection, there is a direct train (line 2, the bright green line cutting east to west) to bring you across Shanghai. Journey time should take about 1.5-2h.

Pudong International Airport has a maglev, aka high speed airport rail (highest speed I’ve taken was 304km/h!) that can cut your journey time by more than half. Show your boarding pass and you can get your maglev ticket at a discount.

Alternatively, you can purchase a metro card from the metro station right across the maglev station and top it up, the fare should be 40rmb one way.

The Maglev will take you from Pudong Int’l Airport all the way to Longyang Road Station (龙阳路) where you can transfer to the regular metro. Metro is usually a flat rate of 4RMB if you stay within the inner ring of the city.

The rules and laws in Shanghai are pretty strict, so chances of you being ripped off by cab drivers is pretty slim. If the cab driver tries to pull a fast one, don’t be afraid to complain it to the governing body of taxis in Shanghai at 021 – 6323 2150.

By law, they are required to go by the meter. If you are taking the taxi from the airport, take it from the taxi stand instead of the touts, if there are still any. If you are getting one off the street, you can just flag and they will stop for you.

Your best best would be somewhere along line 2, preferably in Puxi. Line 2 offers the greatest connectivity to the other train lines, and it cuts across east to west, making your commute easier.

Places to consider,
Connectivity as it is along Line 2 and also connected to other train lines:
Jing’an Temple 静安寺, People’s Square 人民广场, Century Avenue 世纪大道, Nanjing East Rd/Nanjing Dong Lu南京东路 (On the Puxi side of the Bund)

Plugs are at 220V, if you appliance cannot support it (US appliances only support 110V usually!), do bring along a portable transformer!

If you are not traveling with a universal travel adapter, do note that Chinese plugs are more unique. There are 3 types of adapters you can use, the two pin flat plugs, two pin round plugs, or the three pin flat plugs (non-UK type)

I would strongly advice against drinking tap water, or boiling tap water. Water is generally inexpensive, grab a large 4 litre bottle from the convenience store.

Even boiling tap water is not advisable, I find that tap water is high in limestone, it leaves a white residue on your vessel it is boiled in. I wouldn’t want to be ingesting these minerals/impurities.

The most commonly seen brand in China is Nong Fu Spring water (right), you have also others like Gametan, Volvic, C’est Bon, etc. and of course, imported water.

1. Bag checks happen all the time at metro stations. It is kinda mandated for everyone to put their bags on the scanners, but there is a way to avoid them during peak hour. Push your way through the crowd (if the crowd is large enough), the security will definitely be overwhelmed and leave you be. But again, try this at your own discretion!

2. When taking the metro, do not be daunted by the large crowd on the train, on the platform, or anywhere where there is a crowd. If you’ve got somewhere to be, do not be afraid to make it known. i.e. push your way if you have to, the people can get pretty aggressive. If they are in your space, give them a nice stare or (gently) tell them off.

3. Basically the way things get done in China is – to tell them. If they are talking too loudly in the cinema, tell them to shut it. Seriously.

4. Also, if you need the waiter or any help staff, do not be afraid to call out loudly for them (服务员 fu wu yuan, 阿姨 ah yi, BUT never never 小姐 xiao jie) Sometimes even 帅哥 shuai ge / 美女 mei nv gets you extra perks. If it gets things done, I’d say “no need paiseh lah“)

There we go, my list of tips/essentials for traveling to and in Shanghai.

Get more information about traveling in China below: 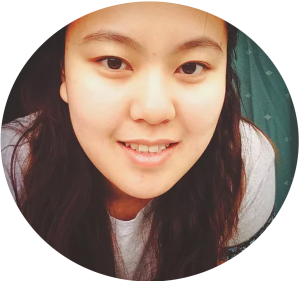 mainly food, in the form of recipes, her travelogues and tips, and lifestyle in form gardening tips, family, home and more.